Take Host Protection to the Next Level

Point of Sale Malware Prevention for Physical and E-Commerce Retailers

The 2017 holiday season experienced a surge in POS malware attacks despite a number of preventative measures put in place in 2017, including the EMV chip standard, enacted in late 2015. This standard, which creates a ‘stick’ scenario for businesses that accept card-present credit card transactions, requires that businesses transition to EMV compliant machines or else the liability for fraudulent transactions lies with the business itself and not the credit card issuer.

This creates a strong financial incentive for many businesses to convert to such a system but there are several holes in the requirement that still leave POS endpoints an enticing entry point for placing malware:

For our retail clients accepting ‘card-present’ transactions, we recommend migrating to EMV compliant terminals immediately. Even for smaller retailers, we believe the potential cost to brand, reputation and operations far exceed the cost of implementing an EMV compliant POS system.  Our other recommendations include:

For our retail clients additionally engaged in e-commerce transactions, be aware that EMV compliance makes your operations an especially ripe target. In addition to the general precautions above, we recommend the following specific protections to our online retail clients:

DDoS prevention – Retail sites are a notorious target for hackers looking to flood a site and bring its performance to a halt. Though there is not a financial incentive for this type of attack, it remains common with a number of tools and techniques available to prevent this.

Social engineering – Your employees are susceptible to receiving malicious attachments loaded with POS focused macros via email. Believing these are from a trusted source, end users can easily be fooled into allowing them to execute. This can infect corporate networks and compromise POS terminals. Ensure your employees are well trained to spot phishing and spear phishing emails, do not divulge compromising corporate information on social media sites and do not open attachments from untrusted and validated sources. There are several commercially available tools that can filter potentially malicious content coming via email before an employee is exposed to it.

The nature of the e-commerce business makes it especially vulnerable to successful phishing or spear phishing campaigns – sales, fulfillment and contact centers are typically distributed which makes impersonating other employees, vendors or business partners easier to believe.

XSS (Cross Site Scripting) Attacks – When migrating to your retail e-commerce site, attackers can use cross scripting to fool an end user into accepting malicious code. The user’s browser does not know the script is not to be trusted and will execute and also be allowed to access cookies, session tokens and other sensitive data points retained by the browser. Correctly managing untrusted data in the context of HTML code must be handled very carefully to avoid this type of attack.

Mind your mobile apps – Applications are a great way to connect with your customers, providing them with convenience, frequent interactions with your brand and of course revenue opportunities for your company. However, if not designed and secured correctly they can open a host of issues damaging to your brand reputation. Ensure exported services are secured with strong permissions, SSL communications verify server certificates and valid hostname verifier and enact strong transfer layer protocol protection so calls back to the server are difficult to sniff or intercept

Consider a SIEM solution – becoming familiar with network patterns and anomalous user behavior to monitor what is ‘normal’ behavior is key to preventing attacks. Such tools should require minimal oversight and send minimal false positives.

To thine own self be true – According to Tripwire, while 90 percent of those asked said they could detect a critical data breach in less than a week and 75 percent said they could do it in just 48 hours, only 55 percent of IT pros at firms with more than $100 million in revenue said they checked security compliance “at least weekly.” It is critical to know the limitations of your own team with regards to monitoring your security posture. If your internal team is stretched too thin to monitor on a consistent basis, consider obtaining external expert resources.

For retailers, there are a plethora of risks from transacting in credit card business. While new compliance regulations close up several loopholes, others continue to be exploited by the day. Armed with the right information and security know-how, both brick and mortar and online retailers can stay one step ahead of POS malware from infecting their organizations.

We understand your challenges. We have been in your shoes. Our organization was purpose built to solve the greatest obstacles you face as an information security leader.

Speak with us today. 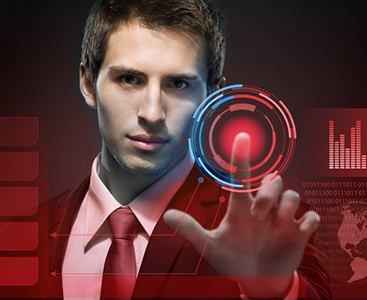 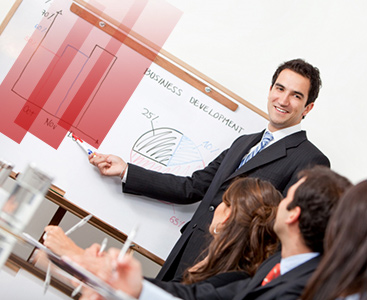